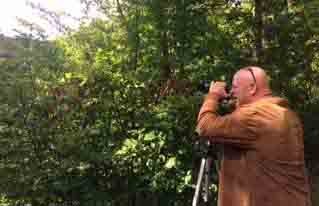 In August 2015, Farish Media provided camera teams for the 25th Anniversary TART (Tag and Release Tournament) fishing tournament here in Kona, Hawaii.   Hosting only five boats and five anglers, it’s one of the smallest and most exclusive tournaments in Kona.  Still, more than 20 fish were tagged or weighed over 5 days, including the first grander in the tournament’s history.  A grander is a fish weighing over 1,000 pounds.  It was caught by Brent Nelson of Los Angeles aboard the Northern Lights with Captain Kevin Nakamaru.  Look for this story and many more in season two of our nationally syndicated TV program “Pacific Blues”.

In September, our crew were in Germany capturing gorgeous stock footage of castles, vineyards, cathedrals, rivers, wine festivals, the alps, architecture and more.  The highlights – Neuschwanstein Castle ( the inspiration for Disney’s Magic Kingdom Castle), the Wine Festival in Bernkastel-Keus, and the BMW Museum.   The footage will be available for licensing soon.  Check out our stock footage page for links to our gallery.

The Ironman World Championship is here and Farish Media is proud to provide production assistance, crews and gear to several visiting producers and photographers including John Segesta Photography and Endless Pools.   Good luck to all the Ironmen!

Our recent commercial campaigns include King Windward Nissan (Oahu), UFO Parasail and YMT Vacations.  There’s never a dull moment and that’s what we love about the video business.